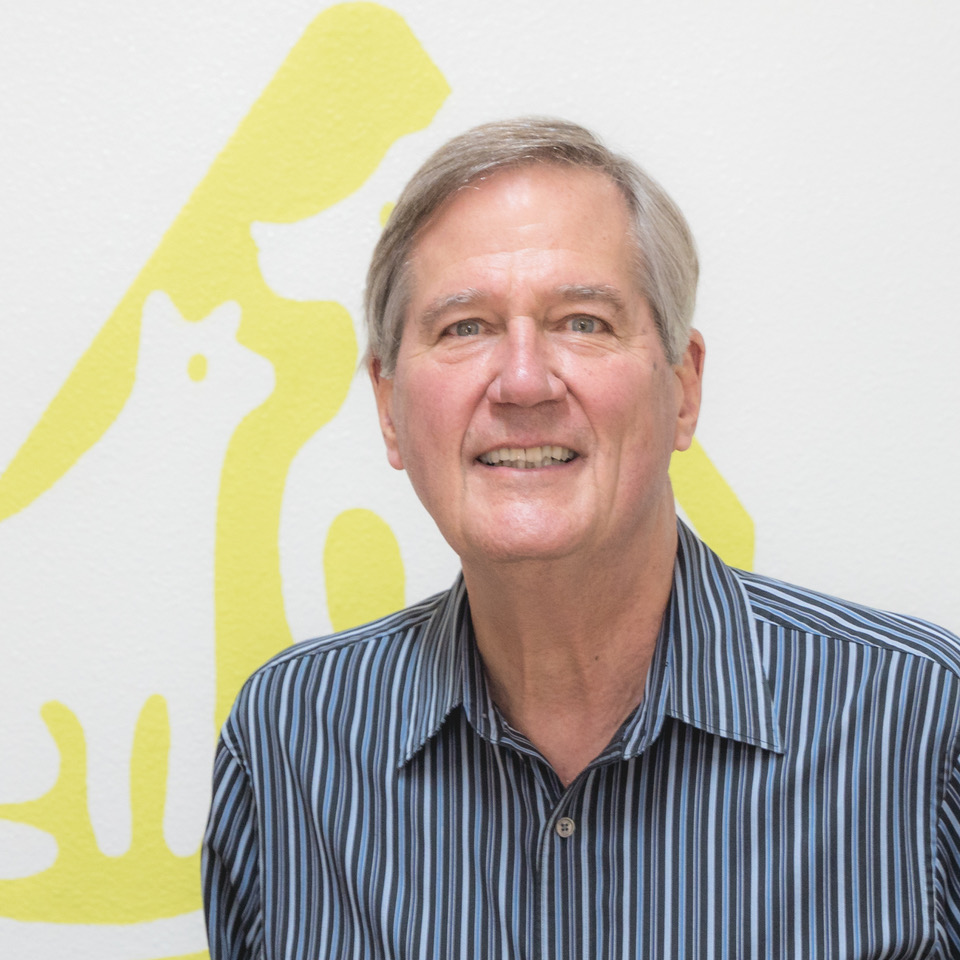 Kurt grew up in California, graduated from the University of Washington, and received his Ph.D. in economics from Northwestern University. After a decade as a university professor, he entered the business world with various computer-based information companies in the Boston area, serving roles in product development, marketing and as chief financial officer. Kurt and his wife Anita retired to Santa Fe in 2010, bringing with them their cairn terrier Baylie. Involvement with the Shelter’s volunteer dog walking program led to the adoption of Chaco, a terrier mix. Together Anita and Kurt enjoy cooking and entertaining the wonderful friends they have made over the years. 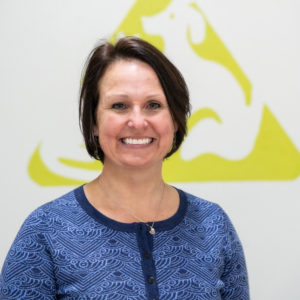 Holly grew up in Michigan and received two masters degrees from School of Public and Environmental Affairs at Indiana University-Bloomington. She then lived in Washington D.C for 15 years where Holly worked for the U.S. Department of State on international oceans and fisheries conservation and management. Her career in marine conservation took her around the globe from Oceania to Europe negotiating international treaties, measures and instruments for tunas, deep sea fisheries and habitats, sea turtles and to combat illegal fisheries activities. Holly moved here in 2012 when her husband Matt’s job was transferred to Santa Fe. Since 2014, Holly has been the Vice President for Policy and Outreach for the non-profit International Seafood Sustainability Foundation. Holly and Matt have 3 dogs (two are Shelter alums) and a cat, all rescues. Holly enjoys volunteering at the Shelter in dog and cat socialization and clinic work. Matt and Holly also volunteer at Feeding Santa Fe, and enjoy hiking, snowshoeing, cooking and exploring the West. 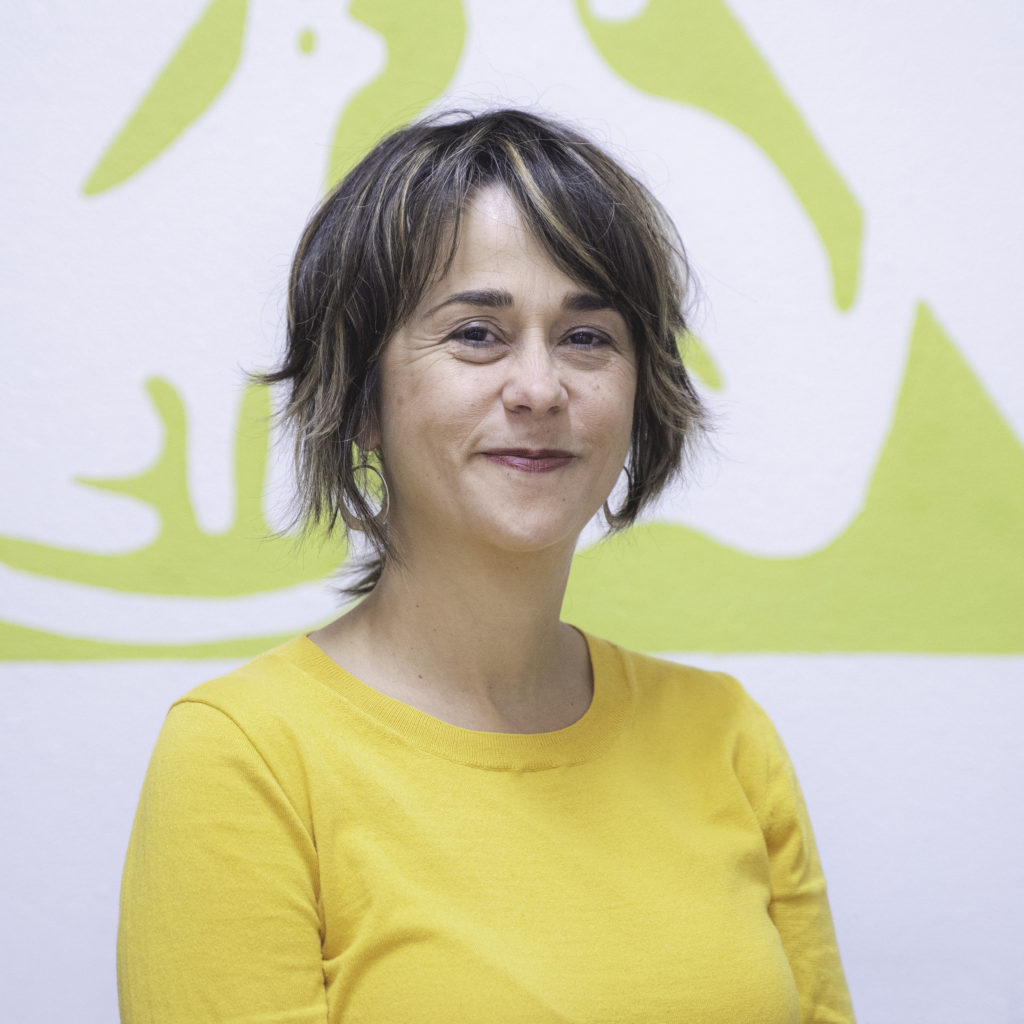 A Midwest native, Sarah has worked professionally as a non-profit director within marketing, development and educational programming and landed here in Santa Fe in 2015.  Sarah has been an active volunteer for many organizations devoted to animal welfare, as well as being the creator of the first national animal adoption website for animal shelters and rescue organizations in the 1990’s.  In addition to her work and volunteering within non-profits, Sarah is a Doctor of Oriental Medicine and is an active practitioner of acupuncture and herbal medicine.  Sarah has a remarkable shelter lab mix and a feisty orange tabby, also from the shelter. 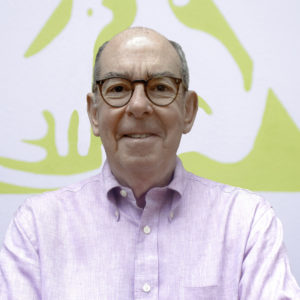 Mike is a native of Illinois, but grew up in the Deep South. He and his wife, Bonnie, moved to Santa Fe in 2005 from
Thousand Oaks, California, where he had been President and CEO of a privately held multinational educational publishing company.  Previously, Mike was a senior executive in educational publishing for over twenty-five years, in the New York and Boston areas. Mike has served on several other Boards including  the New Mexico Foundation for Open Government, Santa Fe Symphony Orchestra, and Board of Trustees of the National Association of College Stores. Mike and Bonnie are active supporters of local nonprofit organizations. Their interests include family, art, music, reading, cooking and travel. 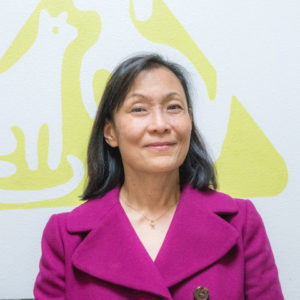 Caren is a native of the Bay Area. After gigs in San Francisco, Hong Kong, Phoenix and Dallas, she landed in Santa Fe in December 2007. She joined the Shelter Board in 2016. In her day job, she’s a Chief Information Officer and e-discovery specialist.  She is an ardent advocate for animal welfare, Science, Technology, Engineering or Math (STEM), and girls’ and women’s issues.  She is mom to her canine fur-babies, Sparky, who was rescued from the streets of Dallas, and Willoughby, a Santa Fe Animal Shelter alumni. 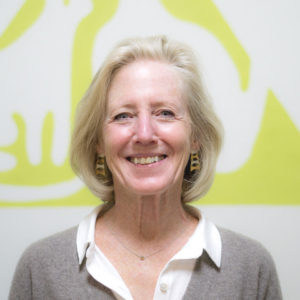 Mary worked as a major donor consultant in a variety of political, environmental and educational organizations in Washington, DC and New York. In 1998 her husband’s job took them to Europe where they lived for 15 years, first in Switzerland, then in England. While in England, Mary earned a diploma in garden design and opened her own landscaping business. She also became a certified Hatha yoga teacher and now teaches at her home studio in Santa Fe. Mary has served on the Board of the Botanical Gardens, and is active in the Hestia Fund, which helps middle school children graduate from high school. Mary has two dogs, and recently adopted a remarkable kitten from the Shelter. Her name is Joni Mitchell. 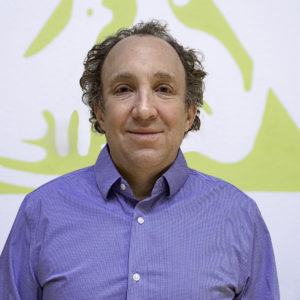 William “Bill” Feinberg is the President of Dorsar Investment Partners and related entities, a diversified investment holding company primarily focusing on various types of private capital / equity, real estate and other alternative asset classes.  Prior to Dorsar, Bill held various positions at financial institutions in Seattle, New York, Denver, and Dallas.  Bill currently also serves on the board of the Nature Conservancy of New Mexico  and is a former board member of Communities in Schools of New Mexico. He is a member of the finance and endowment committees at Rio Grande School and a member of Young President’s Organization (“YPO) and is a co-founder and previous chairperson of the Family Office Principals Group, a family office group within YPO.  Bill has a B.A. in political science and minor in Spanish from Skidmore College and an M.B.A. from the Kellogg School of Management, Northwestern University focusing on finance and strategy. Bill resides in Santa Fe, NM with his wife Ariana, their 2 sons Noah (11) and Max (8) and 2 dogs Charlie and Willy Bear. Bill’s interests include music, bridge, travel, squash and skiing. 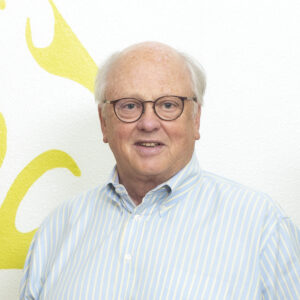 Bruce retired to Santa Fe in late 2015 after spending the previous 48 years on college campuses, first as a student and then later as an accounting professor. His career path includes stints as president of the American Accounting Association’s Financial Accounting and Reporting Section; consultant to the Financial Accounting Standards Board (FASB); and as a member of the American Institute of Certified Public Accountants’ (AICPA) Accounting Standards Executive Committee where he helped draft its Accounting and Audit Guide for Not-for-Profit Entities. Prior to his Santa Fe move, Bruce served on several midwest nonprofit and corporate boards as they grappled with sometimes thorny accounting, finance, and governance challenges. He and his wife share their home with a precocious teenage Weimaraner, Harper Lee.  When not assisting local nonprofits and small businesses, Bruce can be found pursuing his passion for jazz, teaching an occasional course, tinkering with classic sports cars, or sloshing around New Mexico streams researching the feeding habits of the wily trout. 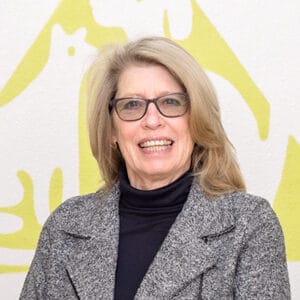 Sheila is a native of Illinois, but spent most of her adult life in Southern California. After receiving her Ph.D. in psychology, she had a private practice and taught at UC Irvine for 20 years. Since moving to Santa Fe 10 years ago, Sheila has continued her private practice and does consultation with couples in the collaborative divorce process. In her free time, when not being trained by her flat-coated retriever, she does volunteer work, reads, hikes and looks forward to post-pandemic movie-going and traveling. 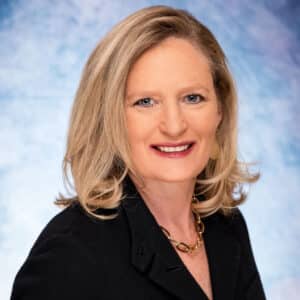 Gretchen began to visit Santa Fe as a young girl when her father moved here and opened his law practice in 1983.  Santa Fe captured her heart and she spent her childhood exploring Santa Fe’s historic architecture, native American culture and art, and the forests of the Sangre de Christos.

Gretchen was born and raised in Milwaukee, Wisconsin.   After 2 years of college abroad in Switzerland, Gretchen finished her undergraduate education at New York University. Gretchen remained in New York for law school and obtained her Juris Doctorate in 1997. After graduating from law school, Gretchen followed her heart to New Mexico and began her legal career. Gretchen combined forces with her father David Walther and for many years they ran a pre-eminent divorce and family law firm with offices in both Santa Fe and Albuquerque.

25 years later Gretchen decided to close the doors of her law practice and pursue a career in real estate with her partner Mary Guzman.  The Guzman & Walther Real Estate Group work with Sotheby’s International Realty of Santa Fe and their favorite team members are their Golden Retriever “Bruno Mars”, their Boston Terrier “Gus” and their kitty “Hucklberry Finn”.  Gretchen brings the passions she developed in her legal career to being a real estate broker – developing personal connections with people, negotiating win-win deals, creative problem solving and helping people meet their goals and dreams. 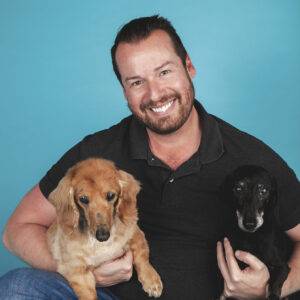 As a child, Jack Hagerman founded and operated his own make-shift animal rescue – taking in stray cats, injured birds, and the occasional bunny. Clearly not learning his lesson as an adult, he co-founded a critically endangered livestock conservancy on his farm in the Midwest, where he cared for and rehabilitated more than 400 animals in 17 different critically endangered livestock species. Think Dr. Doolittle meets Noah’s Ark. A native Angeleno, he moved back to LA to pursue an animal welfare career at Pasadena Humane, where he was the Vice President of Operations and Community Engagement. Prior to his work at Pasadena Humane, Jack built successful marketing, communications and community relations programs at some of the largest health care delivery systems in the country including Scripps Health, Cedars-Sinai, and MedStar Health. He and his partner Andrew have an elderly Dachshund who completely runs the household.